Why choose Balco for your next project?

Our modern designs and innovative balcony solutions have earned us the position of European market leaders for balustrades and balconies. Not only that, but our project management and the ongoing support we offer throughout the construction process is unrivalled by competitors. 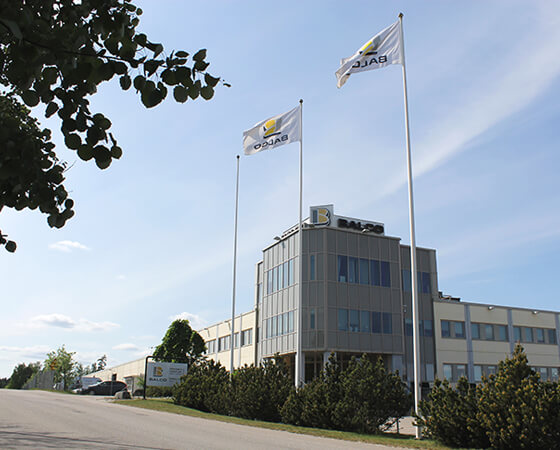 We’re continually developing balcony solutions to reduce our environmental impact. We use recyclable materials with an extensive lifespan where possible, and robust, low maintenance designs to ensure our balcony products are sustainable long-term. In addition, we make all of our balconies in modules to minimise emissions from transportation.

We want our clients to feel confident and reassured from the first point of contact with Balco. That’s why each of our balcony products has their own sales representative and project manager; they will be your personal point of contact throughout the process and on hand to answer every question, no matter how small.

We know that balcony projects can be complex to manage, which is why we partner with you throughout every stage of the project. From conception to completion, our specialist team will support you through each phase of delivery.

We run superior production facilities from our headquarters in Växjö, Sweden. All of our manufacturing processes are certified to ISO 9001, ISO 14001 and ISO 3834-2 standards. This sets us apart within the balcony industry as it ensures the highest level of quality throughout all stages of production, while considering the environment at every step. Our balcony railings and glazing solutions were CE-certified according to EN 1090-1 by Nordcert back in 2013. 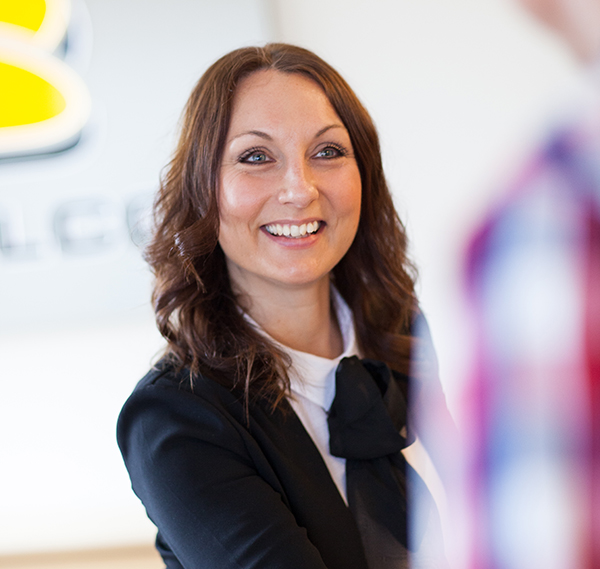 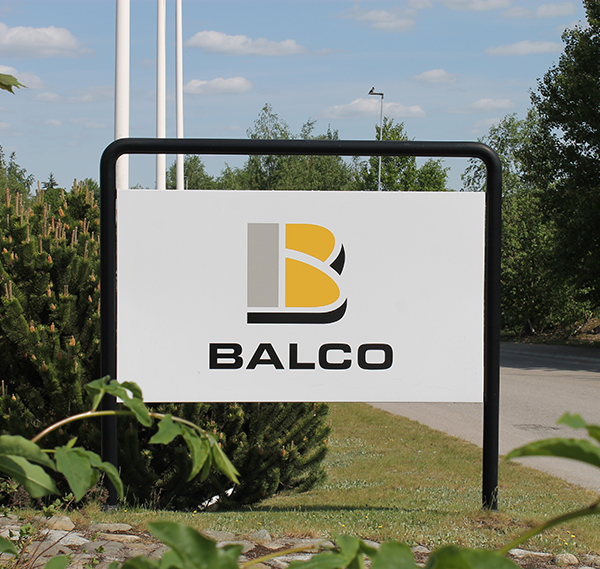 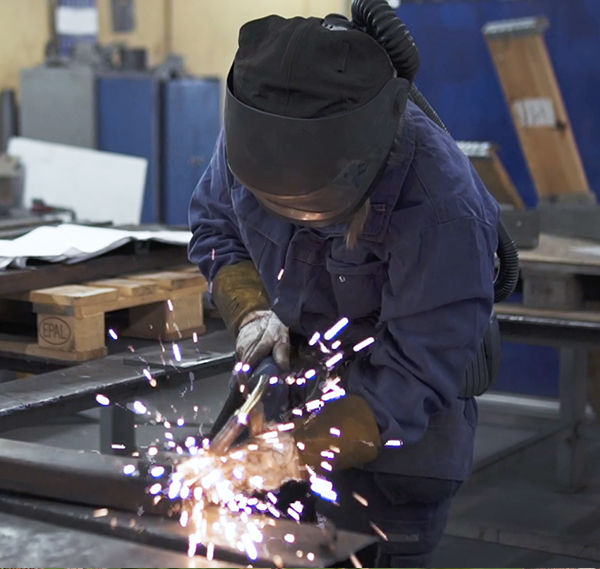 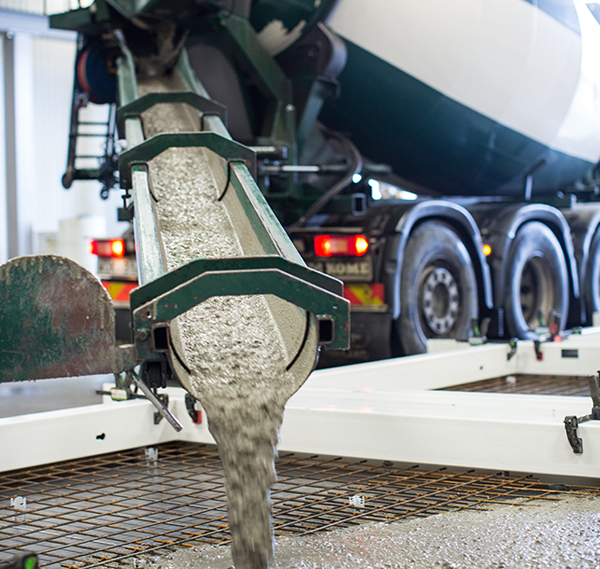 Like all of the best stories, ours starts with a dream of success. It was the dream of an
inspired entrepreneur who, following a few tough setbacks, refused to give up and decided
to show the world that anything is possible – with a substantial dose of Småland tenacity and
genius.

In the Spring of 1987, Lasse Björkman was in debt after bankruptcy and was living in
extremely tight circumstances. One day, he heard about BPA’s plans to build 500 balconies
for public housing in Växjö’s Skatan district. It was a major project worth around SEK 5
million. “I can do that,” thought Lasse, and he took his bicycle, with a sketchbook and a
piece of sheet metal in the basket and peddled off to BPA’s offices in town.

A sceptical group of men listened and gave him four weeks to come up with a prototype
balcony. Lasse took up the challenge and threw himself into designing his prototype using
scrap material, steel wool and anything else he could get hold of. The people at BPA liked
what they saw, and Lasse won his first order. That was the start of Balco!

Founder Lasse Björkman’s qualities of tenacity, commitment and passion for new challenges
live on in the company. At Balco, we believe anything is possible. 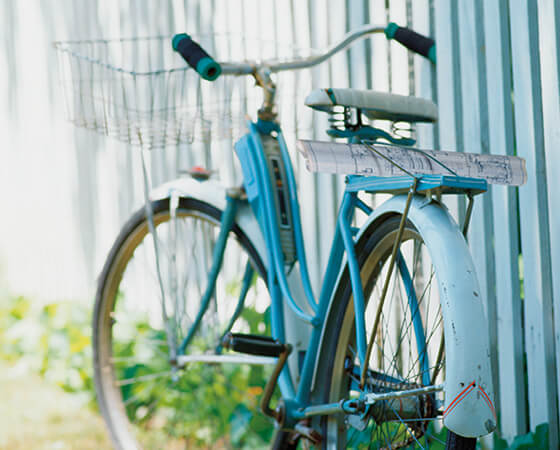 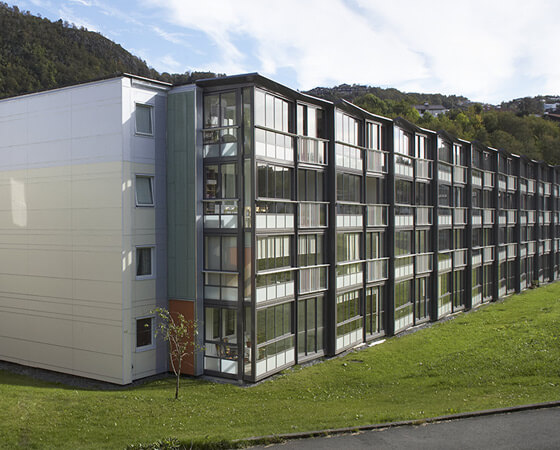 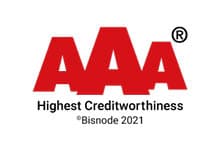 Every year the global agency Dun & Bradstreet performs a credit assessment of Swedish companies. Over the last ten years we have achieved the highest credit rating – AAA. 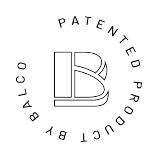 This symbol shows that the solution is unique to Balco. We have around 40 patents on small details which make the finished product so much better. 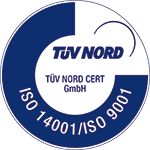 Our ISO 9001 certification means that you get a quality assured product / service that meets the demands you may ask. ISO 14001 means that our production in an environmentally considerate manner. For more information about the certificate, click here. 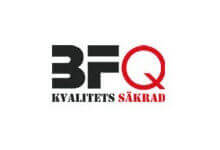 Nordic Balcony Association’s symbol. We are members undertake to follow the association’s guidelines regarding delivery of safe balconies of high technical quality. 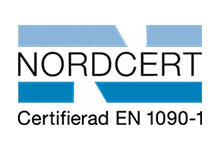